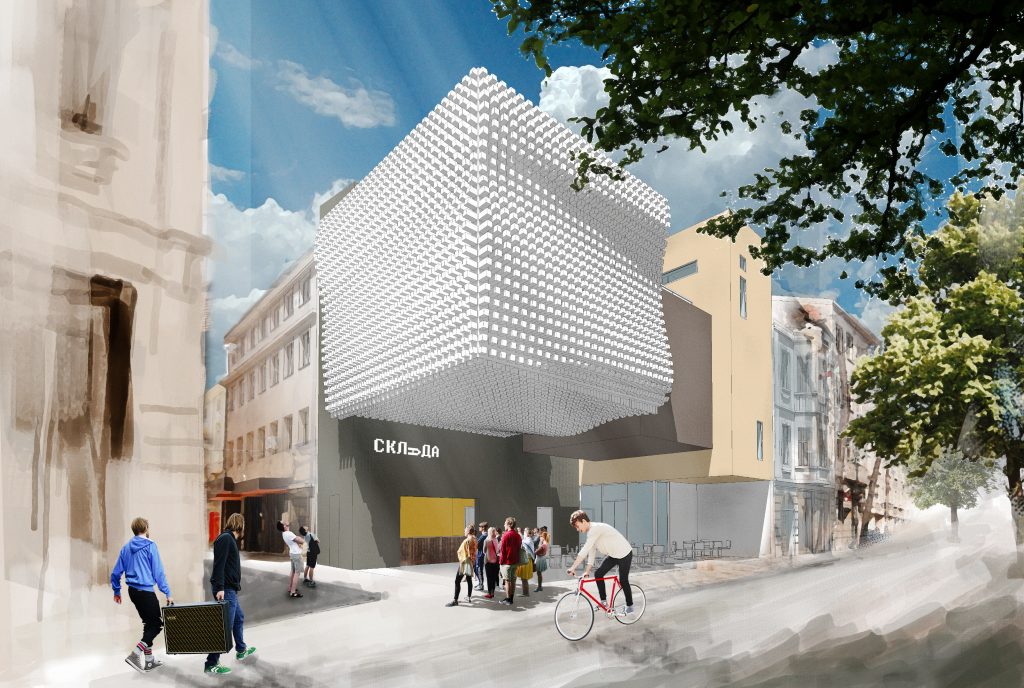 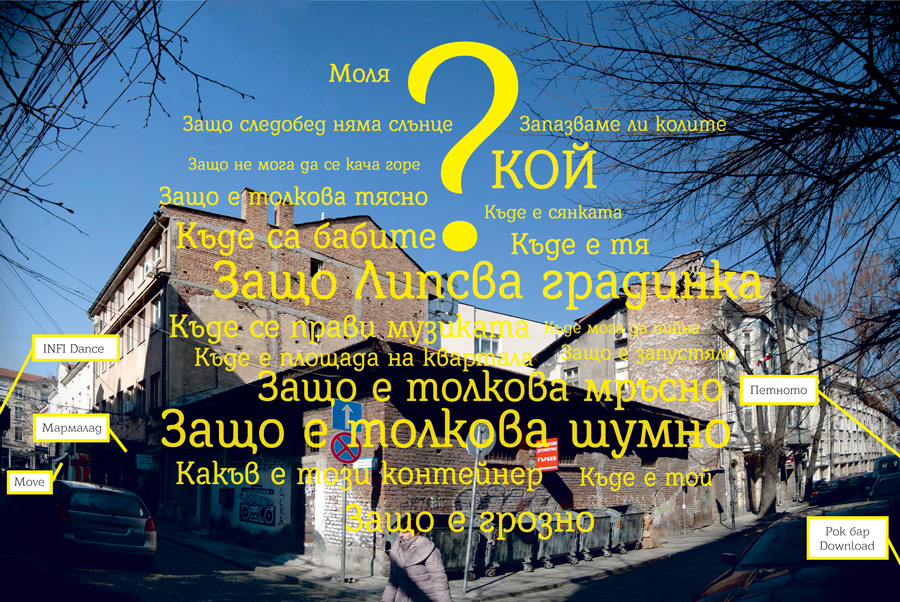 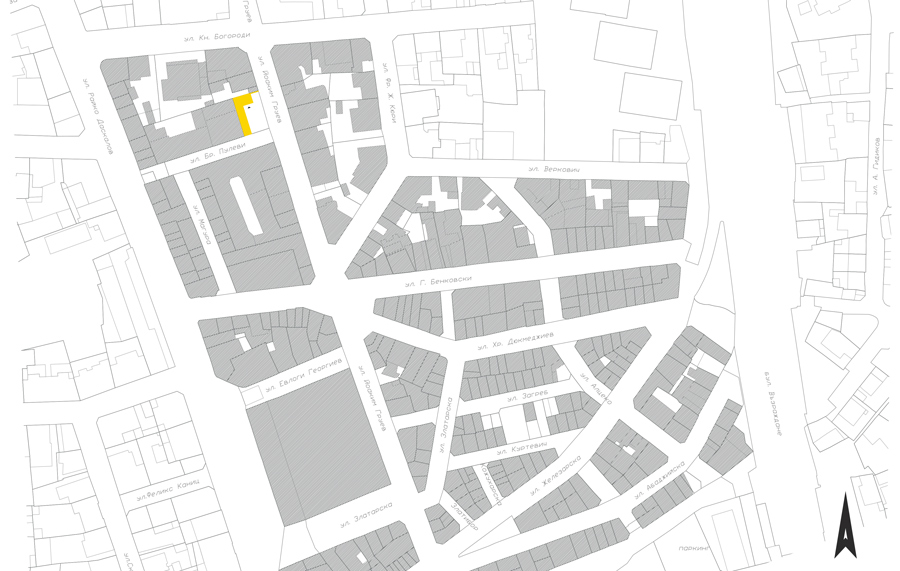 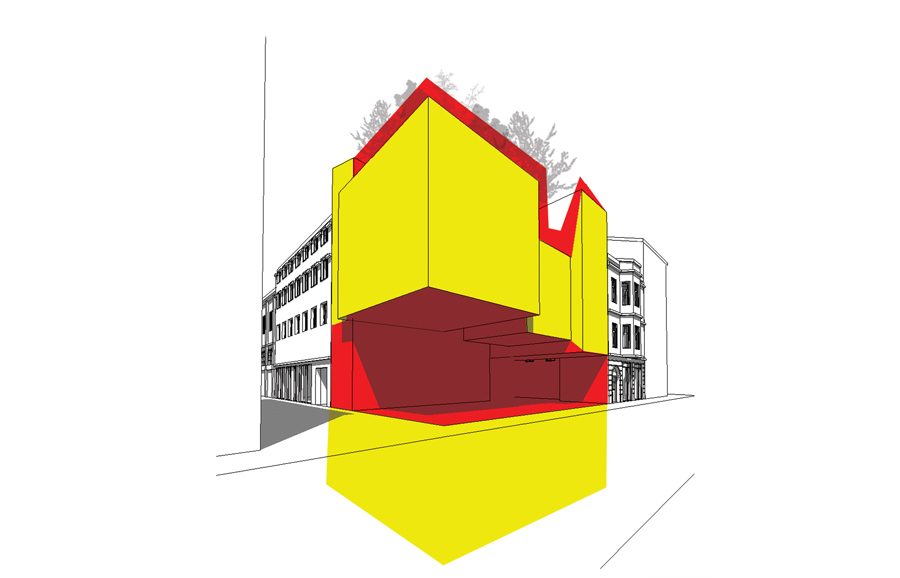 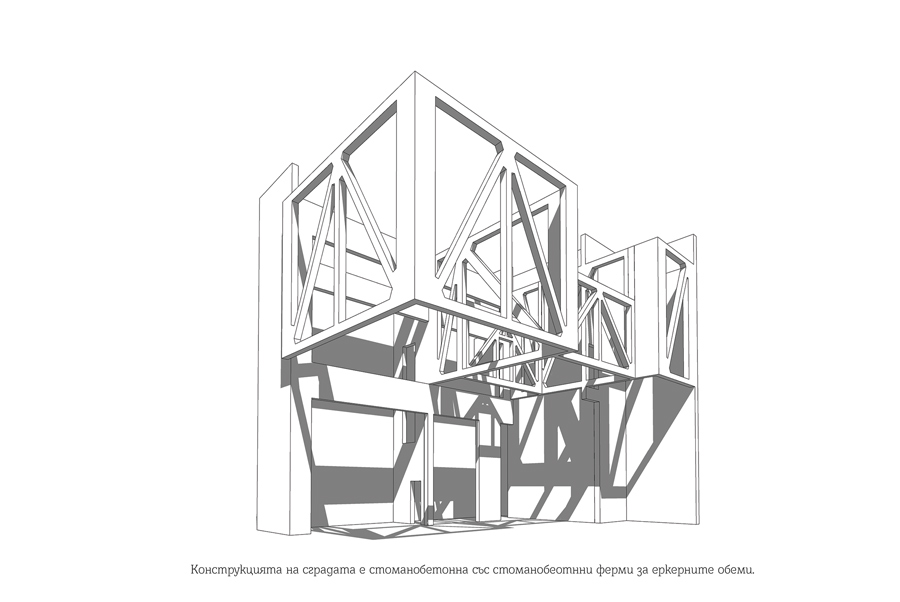 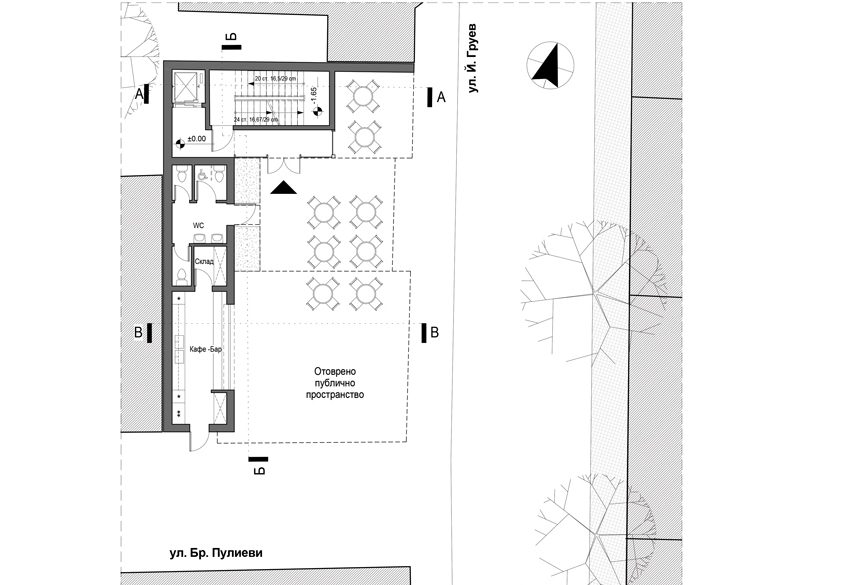 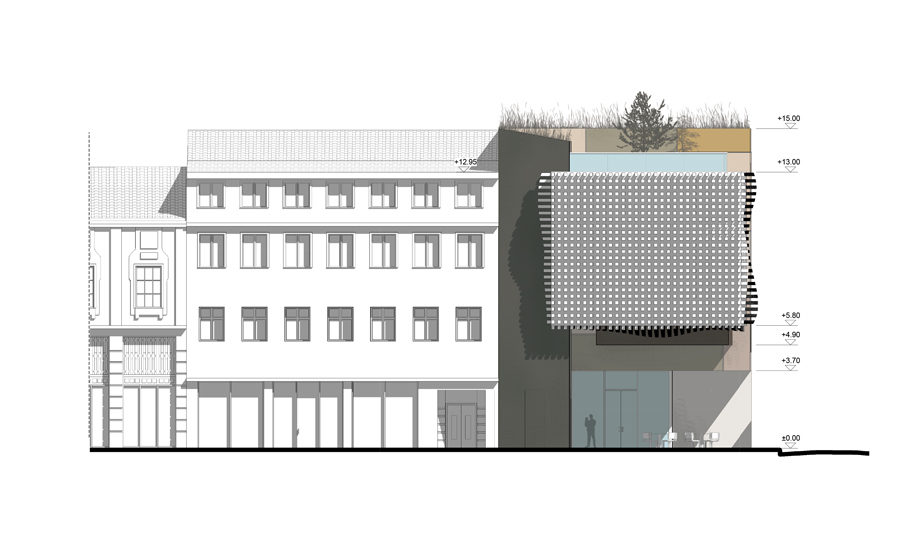 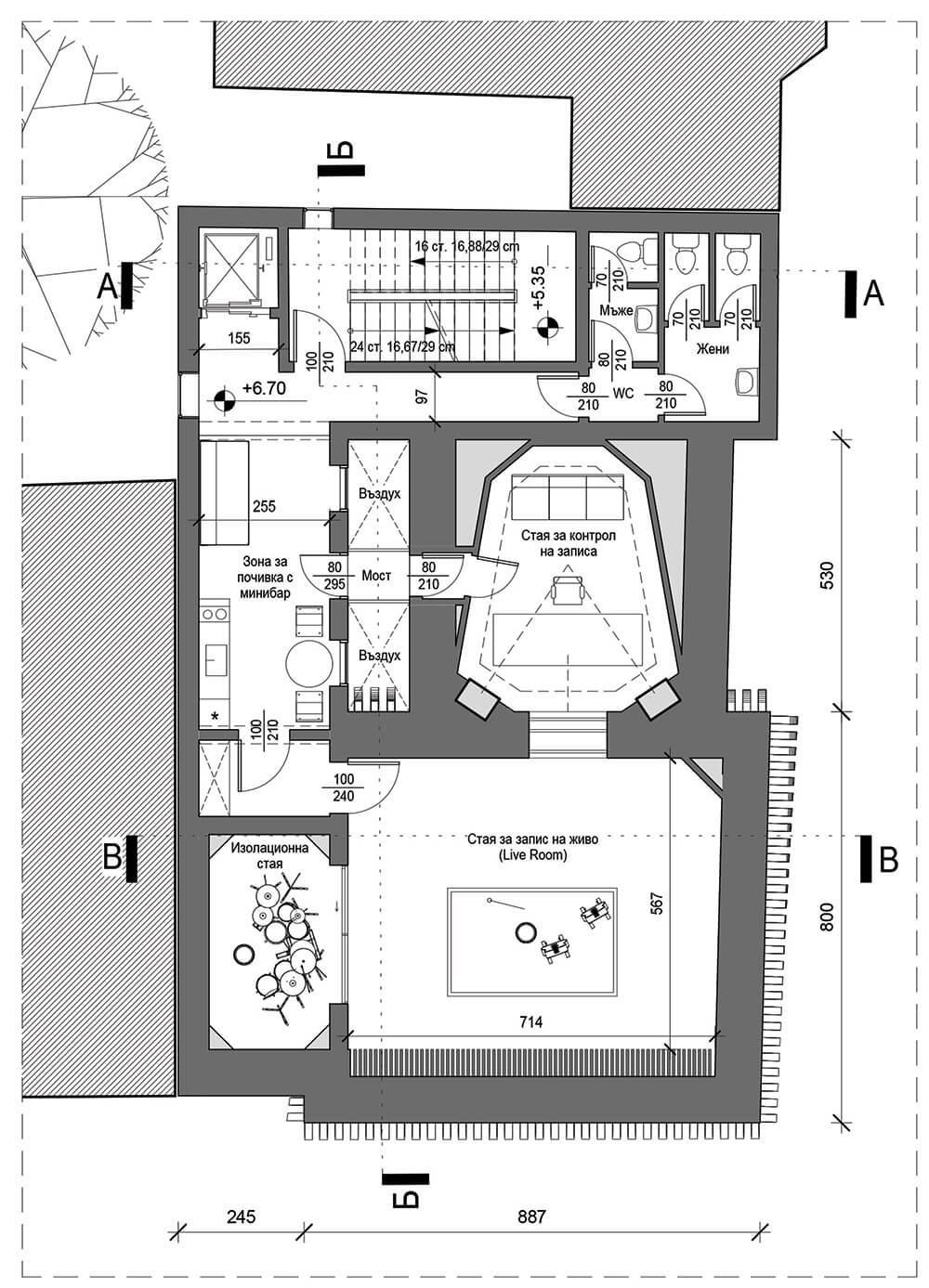 In a district called Kapana (a.k.a the trap) all the buildings are so close to each other that there is no other public space than the street. Trying to fix this and other problems of the area, a space for public performance and pleasure was proposed to support the application of Plovdiv for ECC 2019.

On this project I worked together with over 40 people from the Kapana Possible research team. It unites the efforts of architects, urbanists, urban research and social anthropology researchers, in partnership with Plovdiv 2019 Municipal Foundation.

Together we tried to replicate a well-known and successful foreign model: to transform a derelict but lively neighborhood into an active part of the modern city. I was able to propose a building that solves the problems of the chosen site and enrich the environment. This is a building for recording studio “Sklada” (means Storage) and is in line with the strategy for a cultural industries zone in the city. Along with that I tried to build it in harmony with the neighboring buildings as most of them are a cultural heritage and part of the complex Kapana.